My First-ever Yeah Write Top Row 3 for the Post:

The Real Reason you should Write My First ever Editor’s Pick for my Fiction piece at Yeah Write: And here are the Editor’s comments: Another Yeah Write Top Row badge! Here’s the post that did it:

If God Exists and other dilemmas

I could get used to this 😉 Muffled and Muted bagged second place in the votes

Made it to the Top 3 in the votes for Thicker than Blood: Microfiction.

So chuffed that Seething: A microstory  won top honours at Yeah write!

Top Row again: two microstories that resonated with many:-

A Night to Remember

Second place in the votes My Non Fiction post Why I Stand with Ahmed garnered an Editor’s Pick again! Woo hoo!

Got the Editor’s Pick (thank you, Christine!) and second place in the crowd vote for the micro story ‘Sanctuary‘

Third place in the votes for my microstory: Seduction! Top row for this piece on getting my passport photo taken Here’s the beautiful note that

went with the Editor’s Pick for this piece!

Shailaja was almost more a photojournalist than a writer in her microstory this week. From the title – Desolation – on we are prepared for stark graphic images, and like the title those images can have more than one meaning. She follows through in the story, using paragraph breaks like page turns to separate her images. First we have a snapshot of broken buildings, bullet-pocked concrete. But that’s not all that’s encapsulated in this paragraph: sounds start to filter in. Next she builds on those sounds, presents us with an image of women picking over looted corpses. Does it happen in the same space as the buildings? It might. It might not; the ambiguity lends a timelessness to the image. The final two paragraphs really highlight this sense of senselessness and almost catapult us back to the beginning: we don’t know what war is over. We don’t know who won or lost – and maybe neither does anyone else. An Editor’s pick AND second in the crowd votes for ‘A Recipe for Olan’. 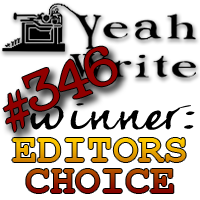 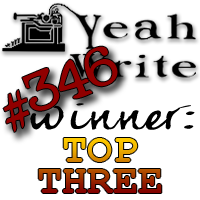 Here’s the beautiful editor’s note that touched me so deeply.

Nothing makes me sound older than saying “hey, remember when” but hey, remember when Shailaja was brand-new to our grids? One of the benefits of being here is the constant feedback on what’s working and what isn’t, not just whether someone liked or disliked your work. Shailaja has always excelled at hearing and understanding community critique, and it’s resulted in pieces like this one, so clearly it’s worth it.

Oh, right, I was talking about the essay. When writing about family, we’re often at extremes: over-emotional or over-processed. This “recipe” strikes a balance between the two, more sweet than cloying and more communicative than didactic. Having the framework of a shared activity to come back to allows the narrator to bring the reader with her on trips into memory or analysis and still remain firmly anchored in the “present” of the story. Words and phrases that the author knows aren’t familiar to some readers are clarified with in-story context rather than cumbersome explanations or a glossary. Finally, Shailaja made a careful and considered decision to leave the mystery ingredient a mystery, protecting some of her family secrets while revealing others in a precise balance of what the reader needs to know versus what should remain in the inner circle.